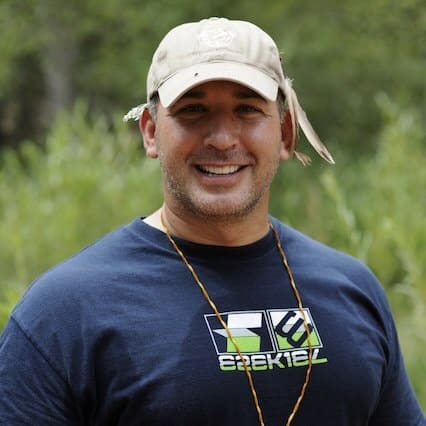 I came to BOSS because:

When I first discovered BOSS, it was like a magnet calling me. I was self-taught on so many primitive/native skills and had spent so many weeks in the outback on my own, I was beyond thrilled to find there was a “tribe” of like-minded people practicing and teaching these skills.

I teach at BOSS because:

First, wisdom literature tells us that you never really learn something until you teach it and I want to really learn primitive living skills. Knowing these skills brings me close to my true authentic life. Second, it is amazing to share these skills and share the unique BOSS experience with each generation of new students. I am always made better from interactions with the amazing people who come out for our courses. Additionally, the land where the courses are held is both beautiful and sacred to me. As I like to say, “You should be able to talk to God anywhere, but some places are easier than others.” And lastly, it is amazing to be a part of the BOSS community—these are some of the best people I know, and their very lives inspire me to be a better person. This community has become my second family.

The BOSS experience is something so special it is hard to put into words. And the experience is deeper than just BOSS. We trust that nature and the wilderness experience will do what it needs to for each individual participant.

Michael spent a summer living with the Lakota on the Pineridge Indian Reservation in South Dakota where he had the adventure and honor of a lifetime learning many of their ways, their language and their wisdom. Much in his approach to primitive skills and living is influenced by the Oglala. He has an MBA and runs a boutique management consulting firm specializing in strategy, organizational effectiveness, and leadership development.

Earlier in life, Michael was a competitive runner and played on a national championship football team in college. His nickname was (and still is) “Flash.” He has visited over 25 countries and is known to disappear in the outback with little to no supplies now and then.

Michael takes great pride in being able to make fire in a primitive fashion in the worst of conditions. He sat on the first board of directors at BOSS when it became an NPO in 2017 and he sings a pretty decent Four-Directions Song.